Some Northeast Arkansas school districts are adjusting to a spike in COVID-19 cases pushed by the highly contagious Omicron variant.

The Blytheville School District said a lack of available substitute teachers and a rise in cases has prompted them to go virtual on January 12 and 13. The district says food service will still provide meals at each campus in the morning from 10 until 11:30.

The Cave City School District is also going virtual on January 13 and 14 in response to "an excessive number of employee and student absences". The district says in-person classes may resume on January 18 since they will observe Martin Luther King Jr Day on Monday, January 17.

Jonesboro Public Schools said their school board voted on Tuesday night to reinstate a mask mandate which will be in effect starting on January 12.

The men's basketball games against UALR on Thursday and Saturday had been cancelled. A-State Athletics said that UALR cancelled the game because the team did not meet the minimum threshold of players required to play because of COVID. The cancellation also pushed the women's home basketball game against Appalachian State on Thursday night back to 7:00 P.M. at First National Bank Arena. Tip-off was originally scheduled for 5:00 P.M.

Single tickets for the game can be exchanged for another Red Wolves home basketball game by contacting the A-State Ticket Office at 870-972-2781.

The state on Tuesday announced 7,756 new COVID-19 cases, 3,613 were active infections. There were also 25 new deaths and 80 new hospitalizations. 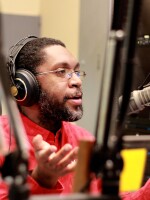