Gov. Asa Hutchinson started his weekly coronavirus response briefing by acknowledging a somber milestone as the U.S. surpassed half a million COVID-19 deaths this week. That total includes more than 5,000 Arkansans. He then announced the state would be expanding vaccination eligibility to people 65 and older. Hutchinson said the state decided to move the group up in the vaccination line from phase 1C to phase 1B because that population has high instances of COVID-19 co-morbidities that lead to worse outcomes. Phase 1B also includes essential workers who have yet to become eligible for the vaccine. So far, Arkansas has received 794,000 vaccine doses and just recently received another shipment of 102,000 doses, which brings the percent of doses distributed to Arkansans to 63. When the vaccination program started late last year, Hutchinson said the state was hoping to get through phase 1B by the end of March and while it will take a lot of work to stay on schedule, that's still the goal. The governor attributed the drop in new and active COVID-19 cases, deaths and hospitalizations to the vaccine distribution that's taken place over the last couple of months. To encourage more Arkansans to get vaccinated, Arkansas Blue Cross and Blue Shield, along with other business and community partners, has launched the "Vaccinate the Natural State" initiative. CEO Curtis Barnett said the campaign will focus on business-to-business and community engagement, and aims to reduce vaccine hesitancy while increasing vaccine access, especially among vulnerable populations. The governor's COVID-19 Emergency Declaration is set to expire Feb. 27, but Hutchinson said he will extend it, although he wouldn't comment on how long the extension would be because the declaration is still being drafted. To watch the full briefing, click here. 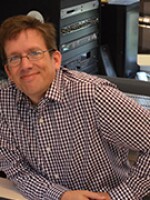