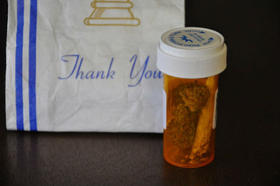 A new Talk Business & Politics-Hendrix College survey shows that opposition remains stronger than support for two medical marijuana proposals that will be on the November ballot.

Issue 6, the Medical Marijuana Amendment, would allow for physician-certified cannabis for limited medical purposes. Issue 7, the Medical Cannabis Act, would also allow for physician-certified cannabis and would also allow for a “hardship certificate” to allow for those living too far away from dispensaries to grow limited amounts for medical purposes. Both measures set up a system for certification, distribution and regulation.

Voters were asked about both proposals:

Q: The Arkansas Medical Marijuana Amendment would amend the Arkansas constitution to legalize physician-certified medical marijuana in Arkansas. The amendment would limit the number of marijuana dispensaries in the state to 40 and would give the Alcoholic Beverage Control Division inspection authority over the dispensaries. If the election were held today, would you vote for or against this proposal?

In mid-September polling, 49% supported the amendment, while 43% opposed.

Q: The Arkansas Medical Cannabis Act is an initiated act that would legalize physician-certified medical marijuana in Arkansas. While a number of state regulated cannabis care centers would be allowed, this proposal would allow individuals with an approved “hardship certificate” who live more than 20 miles from a care center to grow up to 10 cannabis plants. If the election were held today, would you vote for or against this proposal?

In mid-September polling, 36% supported the initiated act, while 53% opposed.

“Over the last month, we’ve seen a concentrated effort from the governor and political leaders, medical professionals and business, religious, and law enforcement communities speak out against medical marijuana. Earned media from supporters has been muted,” said Brock. “I believe this race is still very much a toss-up as the messaging from paid advertising could influence voters in the remaining two weeks.”

On Monday at 6 p.m. in conjunction with KATV Ch. 7, Talk Business & Politics will release additional survey results on the Presidential race and Senate race. On Tuesday morning, additional polling results will be unveiled on Issues 2 and 3.

Dr. Jay Barth, professor of political science at Hendrix College, helped craft and analyze the latest poll. He offered this analysis of the poll results:

In our survey a month ago, we showed plurality support for Issue 6 (the constitutional amendment to legalize medical marijuana in Arkansas) and 53% opposition to Issue 7 (a slightly more expansive medical marijuana measure). This survey shows some reduction of the gap between the two measures. Issue 6 now trails slightly and Issue 7 trails by only a slightly larger margin.

About eight in ten supporters of the constitutional amendment are also supporting the initiative; on the other hand, about 87% of voters opposing one are opposing the other.

The coalition of groups that have come together to campaign against medical marijuana in Arkansas is simply opposing both measures. More interestingly, the first advertising produced by proponents of Issue 6 does not try to differentiate it from the initiative, thus indicating we may have little gap in the votes for and against the two issues on November 8th, despite their substantive differences.

The patterns of support and opposition for the measures are driven by age, race, sex, religiosity, and partisanship. For both measures, younger voters are overwhelmingly supportive of medical marijuana while older voters are overwhelmingly opposed. African-American voters are consistently supportive of the allowance of medical marijuana (58% and 51%, respectively, on Issues 6 and 7) while white voters are more dubious. A large gender gap shows itself on the measure with men supporting each measure at higher levels than women.

Regular churchgoers are consistently opposed to medical marijuana expansion while those who never attend church services support Issue 6 by a 63-30% margin and Issue 7 by 70-23%. Finally, while a majority of Republicans oppose both measures, a plurality of Democrats support both and independents split (a slight plurality for Issue 6 and a slight plurality against Issue 7). This tells us that the outcomes on the medical marijuana battle are likely to be driven by the turnout dynamics in early voting and on November 8th. If the Arkansas electorate skews younger, more heavily African-American, and more secular, the measures have a decidedly better shot than if turnout is low among these groups.

Finally, we must always voice a caveat about polling on the issue. In 2012, pre-election polling (that was quite accurate on other items on the ballot) showed considerably lower support for medical marijuana than the 49% who voted for the measure that year.

This survey was conducted on October 21, 2016. The poll, which has a margin of error of +/-4.6%, was completed using IVR survey technology among 463 Arkansas likely voters statewide.