Labor officials reported two weeks ago that Arkansas’ jobless rate in April remained stable at 4.4% from March and it was dramatically down from the 10% unemployment rate recorded in April 2020 during the height of the COVID-19 pandemic.

Jebaraj said April was good because it reversed a three-month trend of people exiting the state’s labor force.

“In April actually what we saw was that people entered the labor force and found employment and the number of unemployed people also went down. But the unemployment rate stayed stable because more people entered the labor force and found work, so that’s actually a much better unemployment news picture than what we had in, say, March and February of this year,” he added.

He expects more job growth in the coming months and says even some of the hardest hit economic sectors are seeing substantial progress.

“In particular, leisure and hospitality, which was the hardest hit sector, saw 35,000 jobs come back. They’re still down about 11,000 jobs from April of 2019, so there’s some more room there. And education and health services gained about 10,000 or so jobs from last year, still down about 5,000 or so from April 2019,” Jebaraj said. “Those two sectors that were particularly hard hit, there’s still some room for growth there, but we’re starting to see a lot more growth in those particular sectors through the months this year.”

In May, Gov. Asa Hutchinson announced the state would refuse more pandemic unemployment assistance because he believed it was deterring workers from returning to available jobs. The April report doesn’t reflect this initiative by the state, but Jebaraj said he is not certain it is as widespread as many business leaders contend.

“It’s hard at least for a lot of economists to agree that there is a labor supply issue. Given that compared to April 2019. 17,000 people are still looking for work. In Arkansas overall, 11,000 people in the leisure and hospitality industry. So, it’s hard to say that there’s a labor supply issue. And the unemployment rate is higher than where it should be,” he said. “We do have some other data that indicates that there might not be as big a labor supply issue as people think there is. I think what we have instead is short-term friction in the labor market and some long-term issues that we’ve always had.”

Jebaraj said studies conducted by the Federal Reserve Bank indicate unemployment benefits insurance was not a major disincentive to work. In the long-term, he said industries that have traditionally had high turnover, such as retail and trucking, are still struggling to maintain workers. That phenomenon may have been enhanced by the pandemic, but as a return to economic normal continues, those industries will still struggle with the same fundamentals that were affecting them prior to COVID-19. 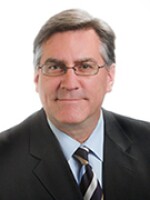