Rebecca Simpson has taught social studies at Little Rock's Dunbar Magnet Middle School for the past 25 years. And through all that time, she hasn't joined the union; not for any ideological reasons, she just doesn't see the benefit.

Arkansas is one of 27 "right-to-work" states where public employees who aren't union members don't have to pay union fees. Following a U.S. Supreme Court ruling last June, known as the Janus Decision, the entire country is now effectively right-to-work. 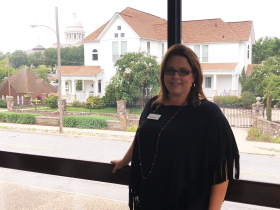 The group's executive director, Michele Ballentine-Linch, says ASTA has a similar function and structure as a union, but with certain key differences.

"It's so affordable because of a lot of the things we don't do; campaigning for candidates, pursuing agendas not related to education," Linch said.

Though the Janus case had little effect on Arkansas and other states that were right-to-work, Linch and ASTA published a full-page ad in the Arkansas Democrat-Gazette detailing the specifics of the case roughly a month after the ruling.

"Even though we're a right-to-work state, the fact that they have colleagues across this nation that were forced to pay dues to an organization that they did not agree with is [concerning] to them," Linch said.

"According to the Economic Policy Institute, states that are not unionized… those employees make 3.1 percent less than those who are in states that are unionized," Koehler said. "Test scores are higher in every state that was a union state. There is a direct correlation between paying professionals a professional wage and whether or not they are unionized."

By law, school districts with at least 50 percent union membership are obligated to consider maintaining those bargaining rights with the state. Following a state takeover in 2015, the Pulaski County Special School District chose not to keep collective bargaining, while Little Rock's district did. 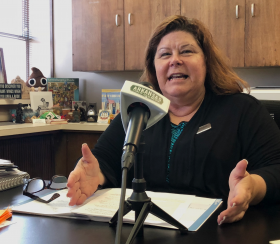 With the union's political action committee serving as its fundraising arm, Koehler says the AEA itself does not accept money from outside organizations. Conversely, Linch says, ASTA does seek funding from outside groups.

"We do write grants to help us get things started," Linch said. "So we have the largest grant and scholarship program in the state for teachers, and that started with a grant from the Walton Family Foundation."

According to Linch, the foundation gave ASTA a grant of $362,000 over a period of three years.

Rebecca Simpson says she won't join the union with just three years left until retirement. Her school doesn't even have a designated union representative. For now, she'll try to affect change the only way she knows actually works.

"You've got to get the parents voices out there because those are the voices that are listened to, because those are your taxpayers," Simpson said. "Teachers pay taxes too, but a lot of times, when we say something, it's discounted."

"That’s got to be frustrating both for students and for parents."

This story is produced by Arkansas Public Media. What's that? APM is a nonprofit journalism project for all of Arkansas and a collaboration among public media in the state. We're funded in part through a grant from the Corporation for Public Broadcasting, with the support of partner stations KUAR, KUAF, KASU and KTXK. And, we hope, from you!