In the fall of 1974 Art Meripol, now a professional photgrapher, was a University of Arkansas journalism undergrad studying photography at the Fayetteville Farmers Market. The scene--with its abundant produce and vibrant array of people who sold and shopped there--proved the perfect backdrop for honing his craft.

Forgotten by Meripol for 40 years, the collection went viral when he rediscovered a stack of dusty boxes and posted the pictures to Facebook in 2015.

"It just took off," he says. "People started recognizing old family members that had been long gone and just got all excited."

While the photographs are a nostalgic reminder of a somewhat different town, Art Ventures- where Meripol's collection first went on display- president Sharon Killian says they capture the essence of a culture that persists today.

"Look at this one," she says. "It says 'save paper, shopping bags,' this is just like Fayetteville...we're just funky like that."

On a wall near Meripol's exhibit hangs a sheet with print outs of select pictures. Beside them are handwritten notes from patrons, which identify everything from people to stroefronts and even cars.

"Every picture is important," Meripol says. "You never know which will end up being very important to somebody else." 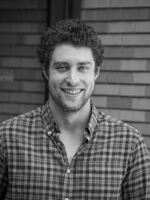